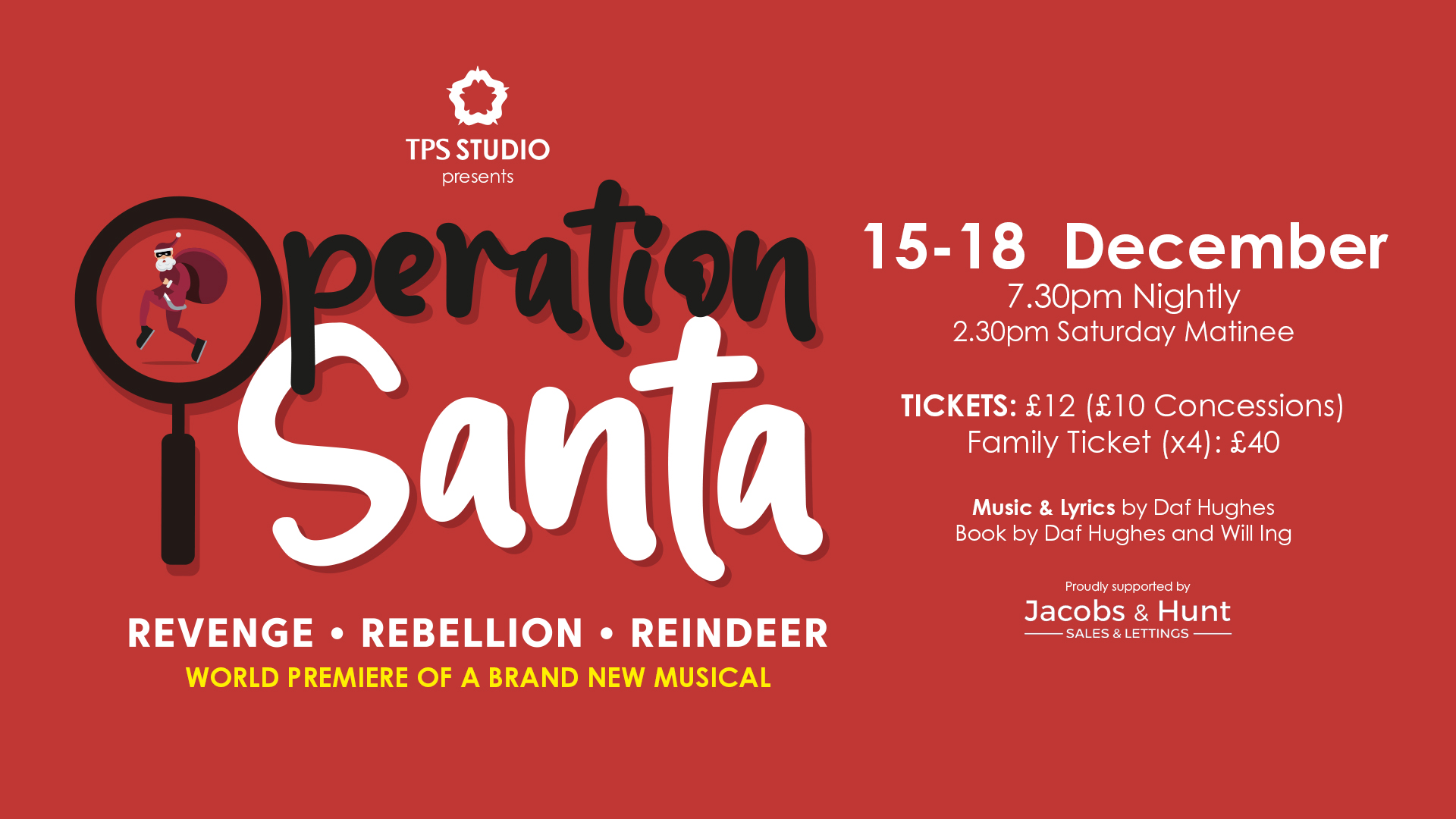 A Christmas musical for all the family debuts at The Studio this December!

When news breaks that Father Christmas is unable to work due to a stress related illness, 12 year old Emily Watson suspects a cover up. Together with 10 year old Henry Fowler, she forms the protest group ELF and forges an unlikely partnership with Charlie Hackett, a junior T.V. researcher desperate to make the big time. Their search for truth and justice leads them into a very grown up world of political corruption, fake news and possibly even to THE BIG MAN himself.

This brand new, full scale musical contains music and lyrics by local musician and award-winning musical director Daf Hughes –  recently seen at TPS Studio launching the tour of his Elton John show Rocketmania –  who also co-wrote the book with T.V comedy writer Will Ing (Zapped, Would I Lie To You?, 8 Out of 10 Cats).  It is directed by stalwart of the local theatre scene and recent winner of The News Special Achievement award for services to local theatre John-Paul McCrohon with choreography by Charlotte Turnbull, both of whom also appear in the musical.

Whilst being very much a festive story about righting a Christmas wrong,  it also deals with political corruption, media manipulation and fake news and is a show that will be enjoyed by children and adults of all ages in the build-up to Christmas.

The second original theatrical work produced by the innovative TPS Studio in Petersfield, following the sold out run of Tinsel in 2019, this sparkling show comprises 13 original songs and an original story performed by an ensemble cast of 16 adults, featuring a large number of local award-winners including Kerry McCrohon, TPS Studio Manager Sean Ridley and, in the title role, Tony Dart. The cast also includes 10 talented local children, headed by Maisy Wallace as Emily and, playing the son of his real-life parents John-Paul and Kerry, Christopher McCrohon as Henry.

The Production will also be designed and crewed by past and present TPS Students, ensuring the production spans the whole of the TPS community.