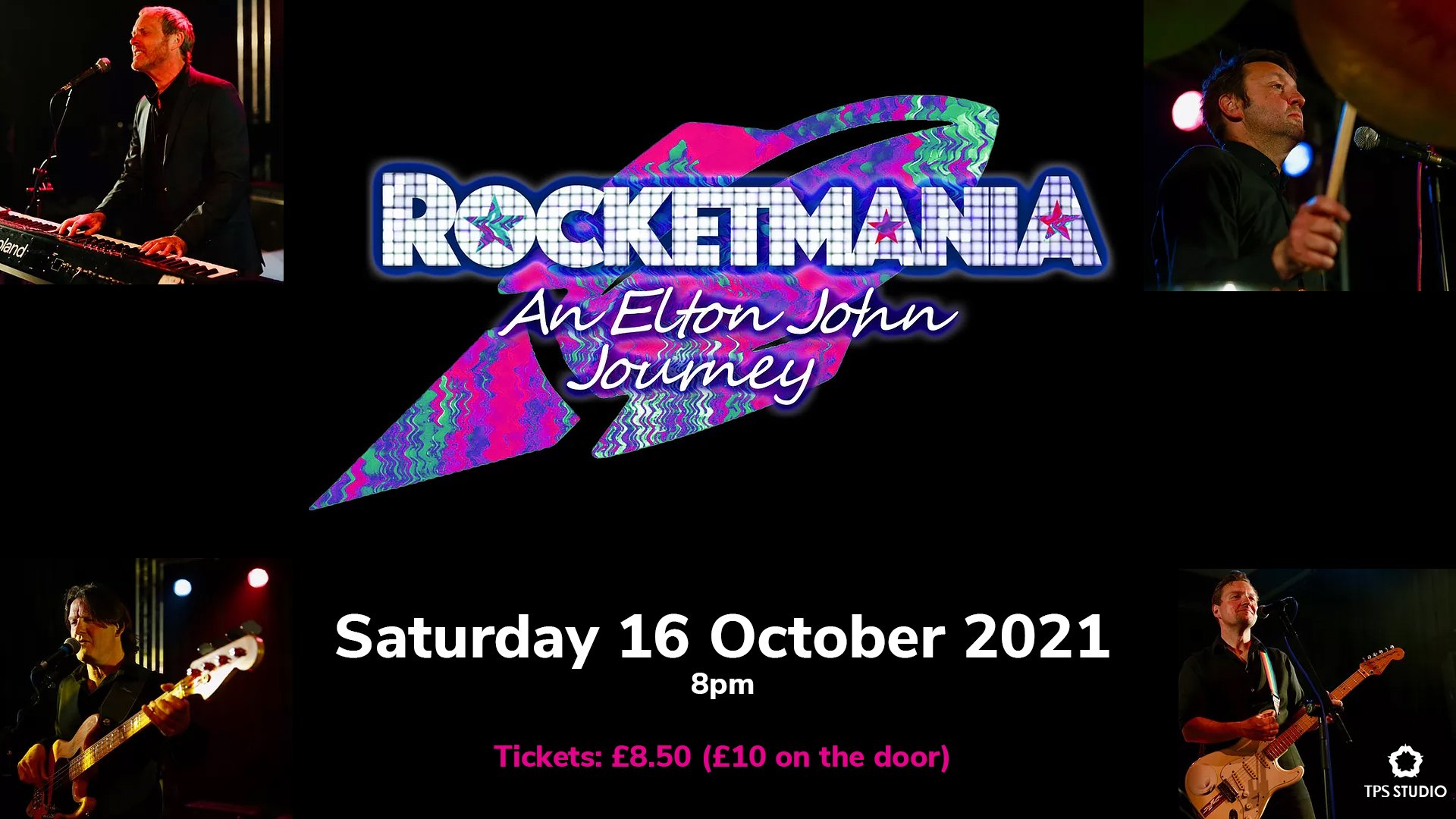 Strap yourself in for a rocket fuelled ride through the star filled galaxy of Elton John’s classic years 1970-1986. Our chronological journey takes-off in moon landing year, 1969 with Elton’s very first album before zooming through the early seventies with classics such as Your Song, Rocket Man, Tiny Dancer, Daniel and Crocodile Rock. After a brief stop for ‘re-fuelling’ the second leg of the voyage launches with the songs from seminal Goodbye Yellow Brick Road album, before visiting some late 70s epics including Philadelphia Freedom and The Bitch is Back.  We finally arrive in the 1980’s, where we take in, amongst others, Blue Eyes, Sorry Seems To Be The Hardest Word and I Guess That’s Why They Call It The Blues before touching down safely to the sounds of I’m Still Standing.
A Five Piece Band re-creates the classic live sound of Elton John and his band paying meticulous attention to musical detail. This is not a tribute act. We couldn’t afford the costumes but there but there may be the odd change of specs! With occasional ‘chat’ about the songs (a good time to re-fill your glass!) the focus is on the incredible music of Elton John and wonderful words of Bernie Taupin together at their creative peak.